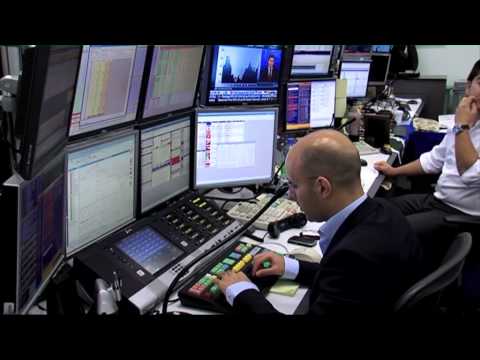 World’s One of the Largest Banks and Asian Stocks

BNP Paribas is not only the largest bank in France but is the world’s 8th largest bank by total assets.
#Wibest #Broker #BestBroker #Economies #Trading #forex #stocks #BNPParibas

From the reuters source:

I usually pitch BSV to between 5 and 10 people a day, and have been doing so on average for five days a week, since around mid February when I first bought into BSV myself.
I started paying attention to Wright in 2017 after I saw his talk at Arnhem*, and then again seriously in November last year after the CoinGeek conference in London, but it took me a couple of months to dig through all of the available information and make absolutely sure that my gut reaction was correct and that my intuition wasn’t lying to me before I decided to go full ‘BSVtard’.
(I have been in Bitcoin since May 2012, but left in 2014, and didn't get seriously involved again until 2017. I stepped out for most of 2018).
The people I pitch to are mostly financial types like Investment Bankers, Wealth Managers, M&A analysts, Risk Assessors, IT admins and system engineers at banks, Lawyers, Accountants, Stock Brokers, Liquidity specialists, Entrepreneurs and Stock, Bond and Forex Traders
I estimate I’ve done around 300 pitches in the last three months to employees of JPM, Citibank, Barclays, Credit Suisse, EY, KPMG, HSBC, BNP Paribas and the FCA, amongst others.
I have memorised Wright’s narrative, watched and rewatched his videos and interviews over and over again, and constantly read and re-read his blog in order to keep up to date with current events and developments.
I’ve found that in my own pitches, presenting BTC as ‘the prototype’ can be quite a neat way of explaining why BTC with a 1Mb block size has a limited capacity and is not really a good business solution for their industry.
It’s just a small stub of an idea, because the truth is quite different, but if you put it in its historical context, I think it makes sense.
Like the Wright brothers’ first attempt at flight, the first prototype of BitCoin may well crash and burn.
I’m also a fan of the ‘BitCoin as a jet engine’ analogy, wherein the block acts like a combustion chamber into which raw transactional data is fed, and from which information is then extracted, that then powers an information economy.
The circular velocity of energy in the system increases as more and more data is fed into the block, and more and more information is extracted, refined, sold, disseminated and recycled.
The result is a kind of ‘data ramjet’, which propels the value of BSV upwards as its circular velocity through the block chain and the mining economy increases.


BRUSSELS - Barclays, Citigroup, HSBC, JPMorgan and three other banks are set to be fined by EU antitrust regulators in the coming weeks for rigging the multitrillion dollar foreign exchange market, two people familiar with the matter said.
The other three lenders are Royal Bank of Scotland, UBS and a small Japanese bank, the people said.
The banks will see a 10 percent cut in their fines for admitting wrongdoing.
The EU antitrust enforcer, which has been investigating the case over the last six years and could hand out fines up to 10 percent of a company's global turnover for breaching EU rules, declined to comment.
It is possible the EU could space out its rulings against the banks over several weeks rather than lump them together in one day, the people said.
Barclays, BNP Paribas, Citigroup, JPMorgan, Royal Bank of Scotland and UBS have entered related guilty pleas in a U.S. case, and been collectively fined more than $2.8 billion.


NEW YORK - A group of large institutional investors including BlackRock Inc and Allianz SE's Pacific Investment Management Co has sued 16 major banks, accusing them of rigging prices in the roughly $5.1 trillion-a-day foreign exchange market.
The lawsuit was filed on Wednesday in the U.S. District Court in Manhattan by plaintiffs that decided to "Opt out" of similar nationwide litigation that has resulted in $2.31 billion of settlements with 15 of the banks.
The banks being sued are: Bank of America, Barclays, BNP Paribas, Citigroup, Credit Suisse, Deutsche Bank, Goldman Sachs, HSBC, JPMorgan Chase, Morgan Stanley, Japan's MUFG Bank, Royal Bank of Canada, Royal Bank of Scotland, Societe Generale, Standard Chartered and UBS. Investors typically opt out of litigation when they hope to recover more by suing on their own.
The plaintiffs in Wednesday's lawsuit accused the banks of violating U.S. antitrust law by conspiring from 2003 to 2013 to rig currency benchmarks including the WM/Reuters Closing Rates for their own benefit by sharing confidential orders and trading positions.
Norway's central bank Norges Bank and the big public pension fund California State Teachers' Retirement System are among the several other named plaintiffs.
Many of the plaintiffs plan to pursue similar litigation in London against many of the bank defendants with respect to trades in Europe, a footnote in the complaint said.

About DAXT The Digital Asset Exchange Token (symbol: DAXT) is BlockEx’s ICO. It is a utility token in which allows holders access to buy ICO tokens on BlockEx Markets ICO Market on a pre-sale basis before the public at large.
In order for you to buy ICOs on a pre-sale basis, you must pay 2.5 percent of the notional purchase amount in terms of DAXTs. For example, if you wanted to buy €100 worth of ABC tokens you must pay 2.5 DAXTs in conjunction with the funds. The Pot Allocation System automatically calculates and adjusts each individual’s token allocation proportionate to the total funds received relative to the token supply available. Therefore, the DAXT guarantees token allocation tokens listed on the ICO Market.
Interested? Here is How to Buy
DAXT is now available on secondary market at
Our Team Adam Leonard
CEO
Aleks Nowak
CIO
Ronald Martin
COO
Alex Kotenko
CTO
Dan Starr
CMO
James Godfrey
MD Capital Markets
Edd Carlton
Head of OTC Trading
Dotun Rominiyi
Head of Product
Andrew Perkins
Director of Finance and Structured Products
Biser Dimitrov
Brokerage Technical Director
Advisors Eric Benz | Linkedin
Eric has over 10 years of experience working in and around Financial Technology. He has delivered innovative SaaS systems for some of today’s biggest institutions around payments, identity, and banking infrastructure. Eric has been in the Blockchain space for the past few years and has been responsible for helping build some of today’s most exciting Blockchain businesses. He is currently Managing Director for Cryptopay, which has been one of the longest running bitcoin exchanges, merchant processors, and pre-paid bitcoin card issuers.
Paul Kim | Linkedin
Paul Kim is a 15 year gaming executive having served companies such as GoPets, ZAM Network, and Gazillion Entertainment. He was the CEO of Xfire, the world’s largest gaming community site with over 24 Million registered users and then COO of Oomba, a cutting edge SaaS based Tournament platform. He has taken his extensive background in game based virtual currencies and ecosystems into the world of Blockchain. Having advised on a number of successful ICO's such as Paragon, Blockex and Academy, which collectively raised over $120M in total token sales. He was a Senior Advisor at DNA and currently the Managing Director of ICO’s at Blockchain Industries, a publicly listed company focused on Blockchain businesses (BCII) Trent McConaghy | Linkedin
PHD
Co-creator of the BigchainDB scalable blockchain database, its public network IPDB, and ascribe.io for IP on blockchains. Previously, he spent 15 years designing distributed AI systems to help drive Moore’s Law.
Jon Matonis | Linkedin
Founding Director of Bitcoin Foundation. Chief Forex Dealer; Director of Interchange VISA, CEO Hushmail, Senior Derivatives and Money Market Trader Sumitomo Bank, Director of Financial Services VeriSign. Roger Ohan | Linkedin
30+ years of experience in Financial Services. CFO at Wilberfoss Inc. Non-exec director of multi $Bn hedge fund. Former MD, Citco Fund Services (UK) Ltd. Former MD, Chemical Bank (now JPMorgan Chase).
Scott Walker | Linkedin
Serial Entrepreneur, Early Internet CEO, 2012 Invested in BTC, ETH, EOS, and many others. One of the most knowledgeable crypto investors in the sector. Jean Louis Jamin | Linkedin
30 years of private banking experience in Switzerland, Luxembourg, Malta & London. Previously Managing Director BNP Paribas Fortis, CEO Banca Intermobiliare di Investimenti e Gestioni, Managing Director Bank Degroof
EXCHANGE LIST
Binance
Huobi
Kucoin
Bibox
Qryptos
Satoexchange
BIGone
Bitrue
Bilaxy
Bit-Z
Linkcoin
SECURE WALLET
Ledgerwallet
Trezor

Is case anyone needs reminding why we need a currency outside Banks' control--> WSJ: Bank of America to Pay $180 Million to Settle Investors’ Forex Lawsuit

Direct link: http://www.wsj.com/articles/bank-of-america-to-pay-180-million-to-settle-private-forex-lawsuit-1430340190
To bypass paywall: https://www.google.com/search?q=Bank+of+America+to+Pay+%24180+Million+to+Settle+Investors%E2%80%99+Forex+Lawsuit
tl;dr The big banks colluded and rigged the currency markets. JP Morgan agreed to pay $100 million, UBS $135m, now Bank of America $180m, Citigroup and Barclays will settle soon. BNP Paribas, Credit Suisse, Deutsche Bank, Goldman Sachs, HSBC, Morgan Stanley and Royal Bank of Scotland are next. This is a private lawsuit. They've already paid billions to the US and UK governments for this shit last year.
The perverted part is Bank of America says "cost of settlement will be covered by existing reserves", which to me translates to: "Don't worry folks, we're already stolen so much that we've alotted some for when we get caught"
No this is not about bitcoin. It's about why we need bitcoin.

Three British former foreign exchange traders for major banks have surrendered to US authorities to face criminal charges of market manipulation, the Justice Department announced. The men were traders for affiliates of JP Morgan Chase, Barclays, Citicorp and the Royal Bank of Scotland


Three British former foreign exchange traders for major banks have surrendered to US authorities to face criminal charges of market manipulation, the Justice Department announced Monday.
The men were traders for affiliates of JP Morgan Chase, Barclays, Citicorp and the Royal Bank of Scotland and appeared Monday before a federal judge in New York.
Richard Usher, Rohan Ramchandani and Christopher Ashton face a single-count indictment charging that they conspired to fix prices and rig bids for dollars and euros traded on the foreign exchange spot market.
US officials have taken aggressive action in recent years to prosecute interest rate and foreign exchange rate manipulation by major banks.
The banks affiliated with the former traders settled with the Justice Department in 2015, together agreeing to pay more than $2.5 billion in fines over foreign exchange manipulation.
Earlier on Monday, the Federal Reserve fined French giant BNP Paribas $246 million, also over foreign exchange practices.